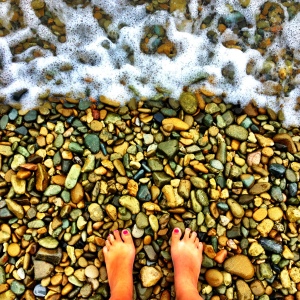 Wandering the Weekends in California and beyond

The morning start off at 3:15 am when Bruce and I left the house (our roommates were just going to sleep) and headed up to Santa Barbara with Maddie and Jimi. Reef Runner in tow. We arrived in Santa Barbara two and a half hours later. Looking at the VERY still palm trees and feeling the non existent wind, I braced myself for another flat race.

We didn’t have any kids from the NAC race in the short course, we only had one boat racing in the long course. Three boys , three girls…they absolutely killed it! Even beating the NAC women’s crew that was out there that day by a boat length! Daniella, Kylie, Meghan, Cade, Ian and Liam all had a great time and together it was one of their best races. I get so happy when I see the kids I coach succeed. It’s an silent fist pump when I see them on the course! 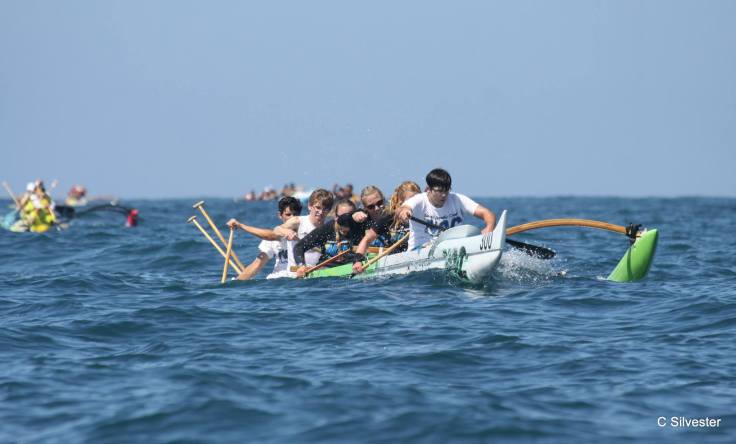 It helped that it was probably the BEST downwind we had had all season. I can easily say that this was one of the best races I’ve done in Southern California! The downwind portion was perfectly lined up (thank you Billy Whitford!) and our crew kept it hot! The girls stayed positive the entire time and we RAN. There was about 70 crews in the women’s race that day. The water was perfect, the wind was perfect and the temperature was perfect. I love racing with the girls, and hottin and hollerin at the other crews around us. We are all a big group of sister paddlers all out wanting to do the same thing…BEAT EACHOTHER! The intensity is brought up when passing another crew, the excitement is through the roof when you can feel that swell pushing the back of your canoe and the POWER is so great when everyone is working together; I can’t think of a better feeling right now. 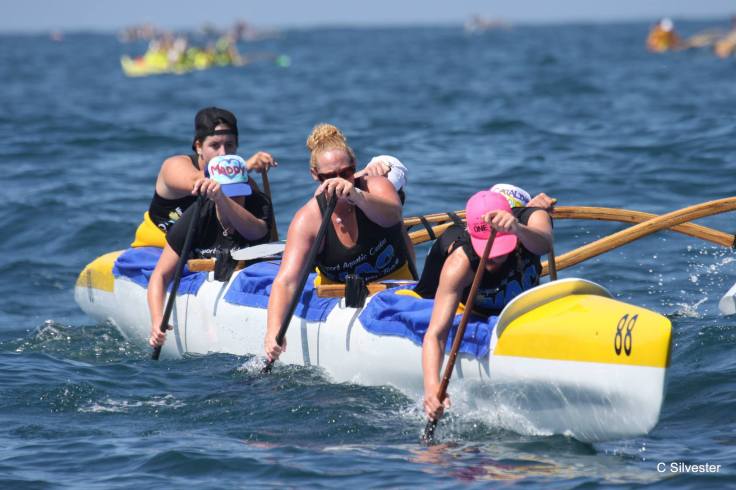 Even though the top mens crew of NAC started late (200 yards behind the start line) they still finished third across the line, out of about 65 boats! My boyfriend Bruce steered a strong group of men in the second boat around all the turns. They had a strong second crew and help their own towards front of the pack! The third boat had a paddler not show up so I stepped in and steered back to back races that day. A good 22 miles seemed like a good idea at the time. I get 5 miles into the first race and i’m like “THIS IS GUNNA HURT”. All in all it was a great day in Santa Barbara! You can’t complain with waves like that! A sun beaming down on you and all your friends around!

There was an error retrieving images from Instagram. An attempt will be remade in a few minutes.